“For reading the questionnaires please scroll down”

Do some questions change when we pose them in different languages or different contexts? For example, “Where are you from?” sometimes stands for “Why are you here?”. Or “Where are you really from?” often translates as “Why are you colored, if you’re from here?”. In the history of human beings the notion of scapegoating plays an important role. Minorities have always been the target of scapegoating, because we usually project our fears on unknown and obscure objects. And strangers are usually unknown objects. We expect strangers to be transparent so that we don’t have to have any doubts.
In our modern and often bureaucratic societies the notion of transparency goes too far; it sometimes resembles being striped or getting naked. It doesn’t matter which part of the planet (being a refugee from Afghanistan, seeking shelter in Iran, or a queer refugee in Greece or Switzerland): a stranger often finds themselves in a dilemma over the pressure for explanation, in the name of transparency. For example, some queer refugees had to prove their sexual orientation to the authority, which in some specific cases went so wrong that the applicants had to film their sexual encounters to prove the accuracy of their claims. The following work or rather survey is a linguistic endeavor to analyze the politics of language and the boundaries of transparency and at the same time to create a database out of the answers of so called “foreigners” to the questionnaires. First, I wrote two questionnaires in English (both for foreigners in Europe and foreigners in Iran) and translated them into Farsi. Then I asked other people to translate them to German, French, Arabic, Hungarian, Dutch … and sometimes from Arabic or Hungarian or French back to English and then to Farsi in order to analyze how, in this process of translation, the content and words would change. For each language I chose two persons/translators: one native speaker and the other a foreigner who speaks the given language in question as their second language. There are some key words that turned out to be untranslatable in some languages, for example transparency in Farsi, queer in Hungarian, and so on..
For my exhibition in Raumstation on December 2018, I transcribed these questionnaires on naked bodies. Between and underneath the words on these naked bodies, there are often visible wounds and bruises, which pose a challenge to the notion of transparency. Do you like to see my wounds? How far do you want me to be naked/transparent? Will you accept me if I show you my scars? 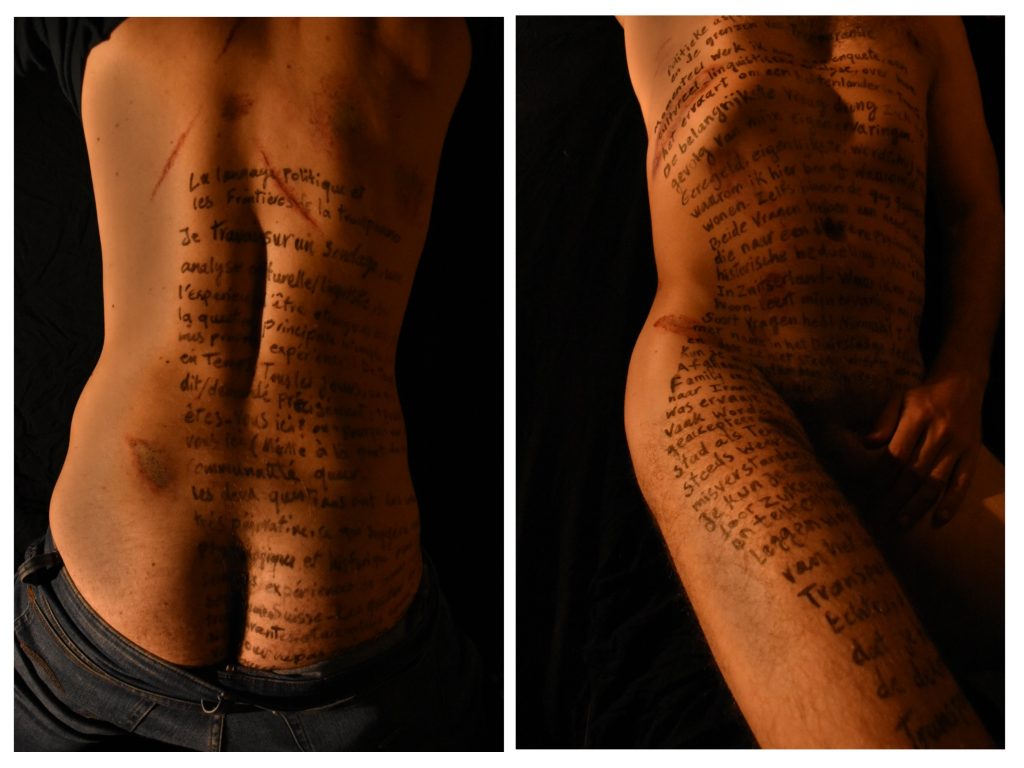 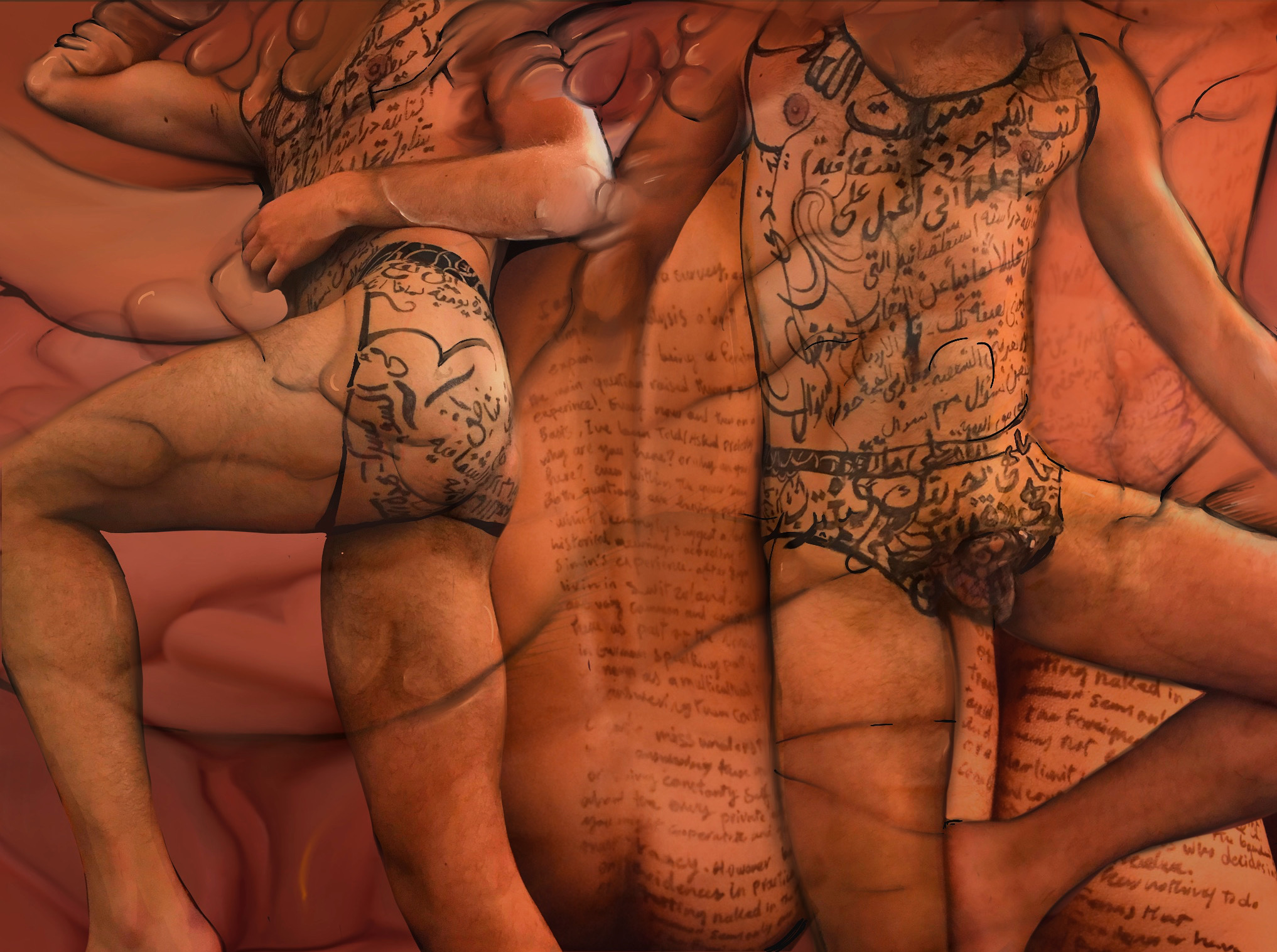 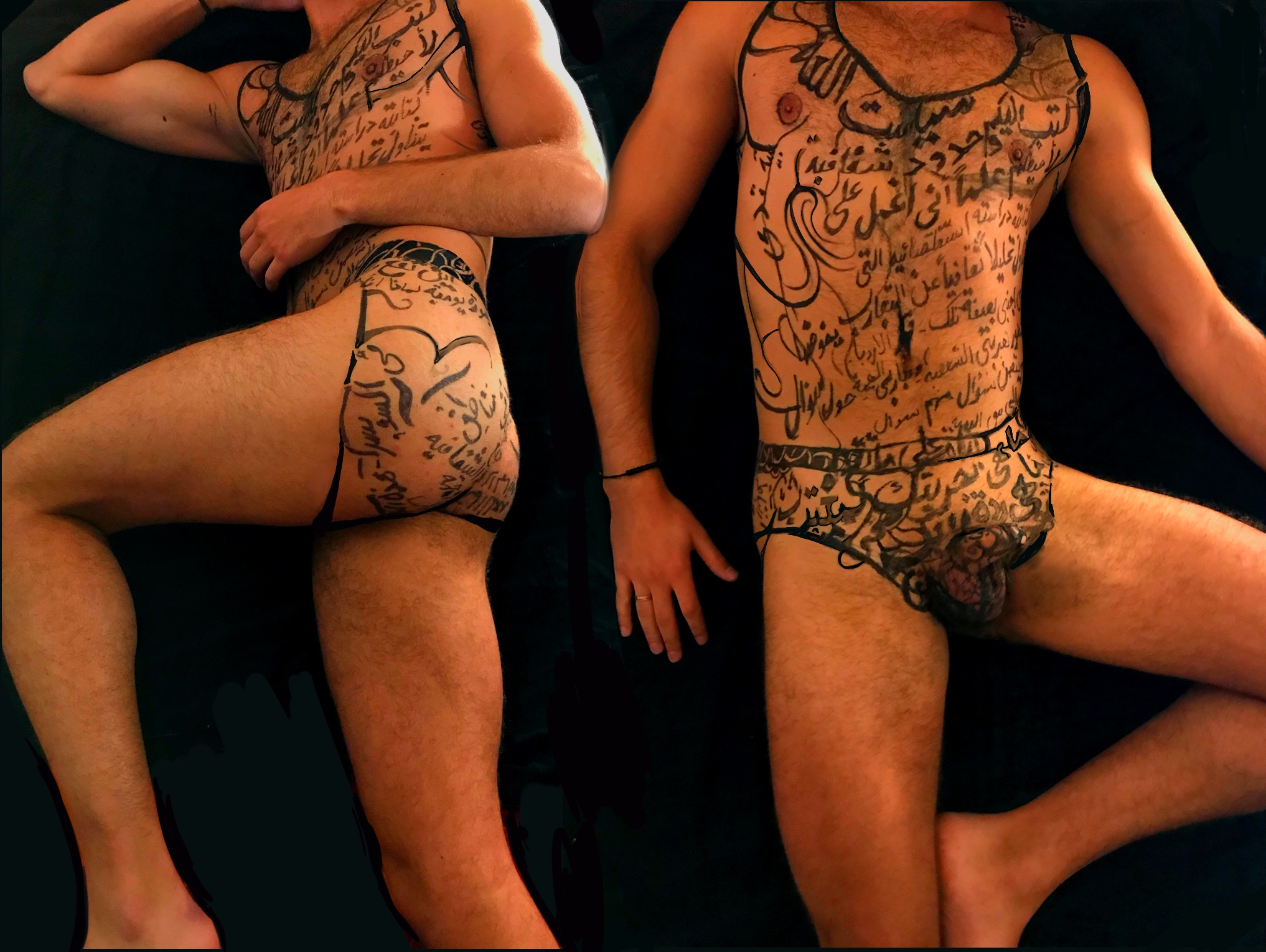 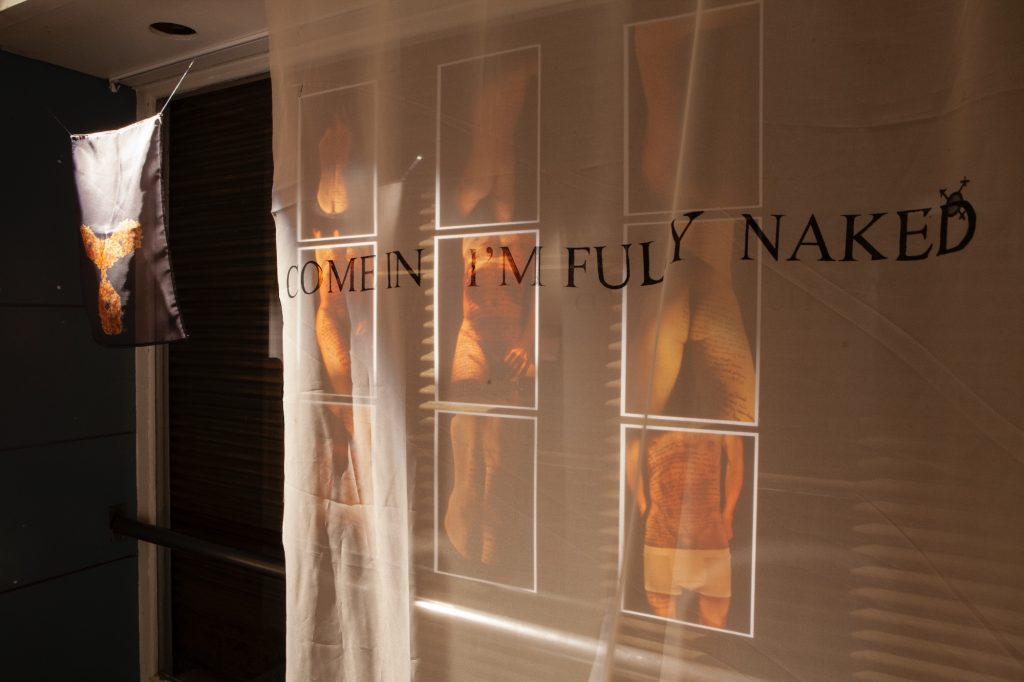 View of the installation at Raum*Station, Zürich 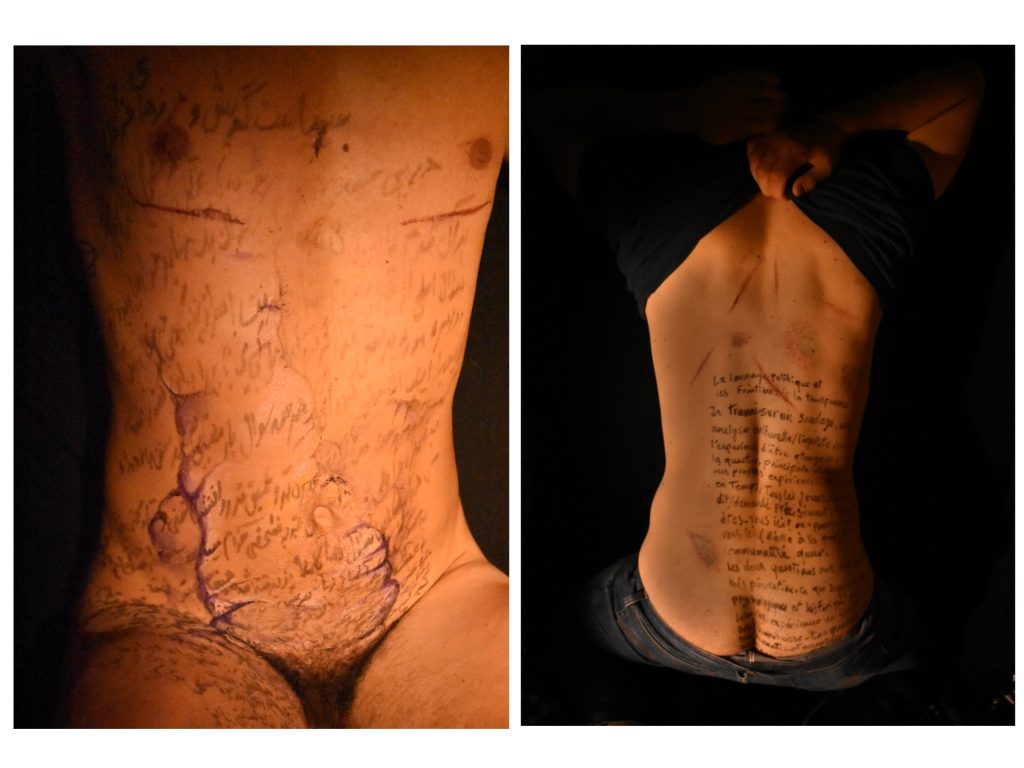 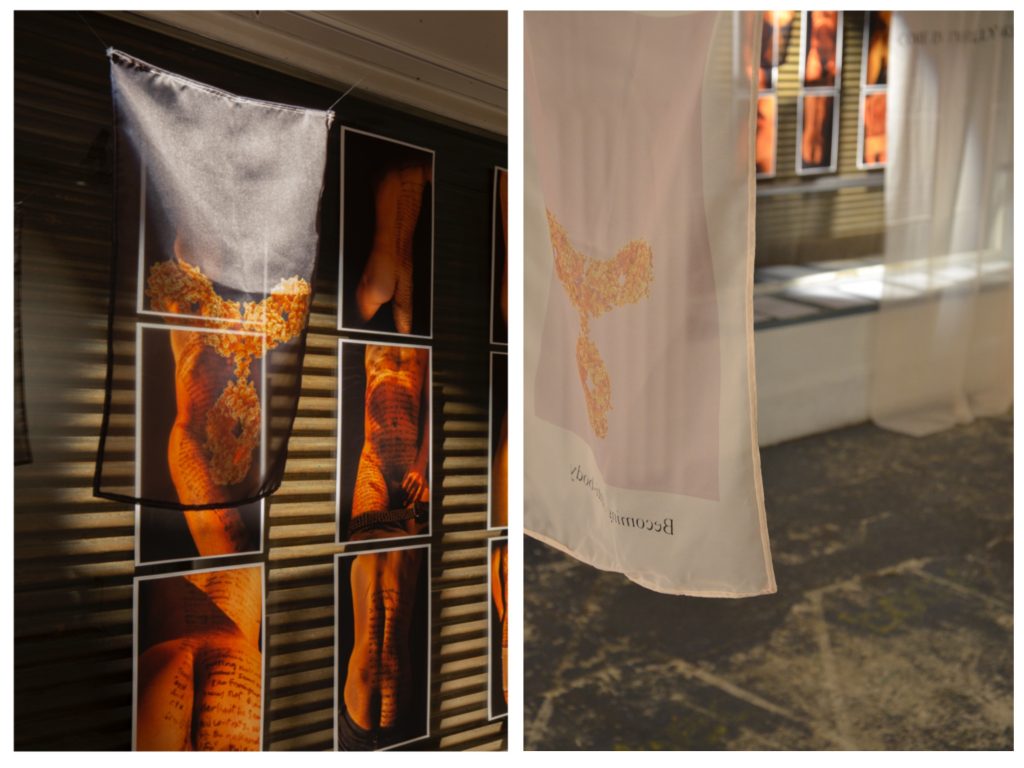 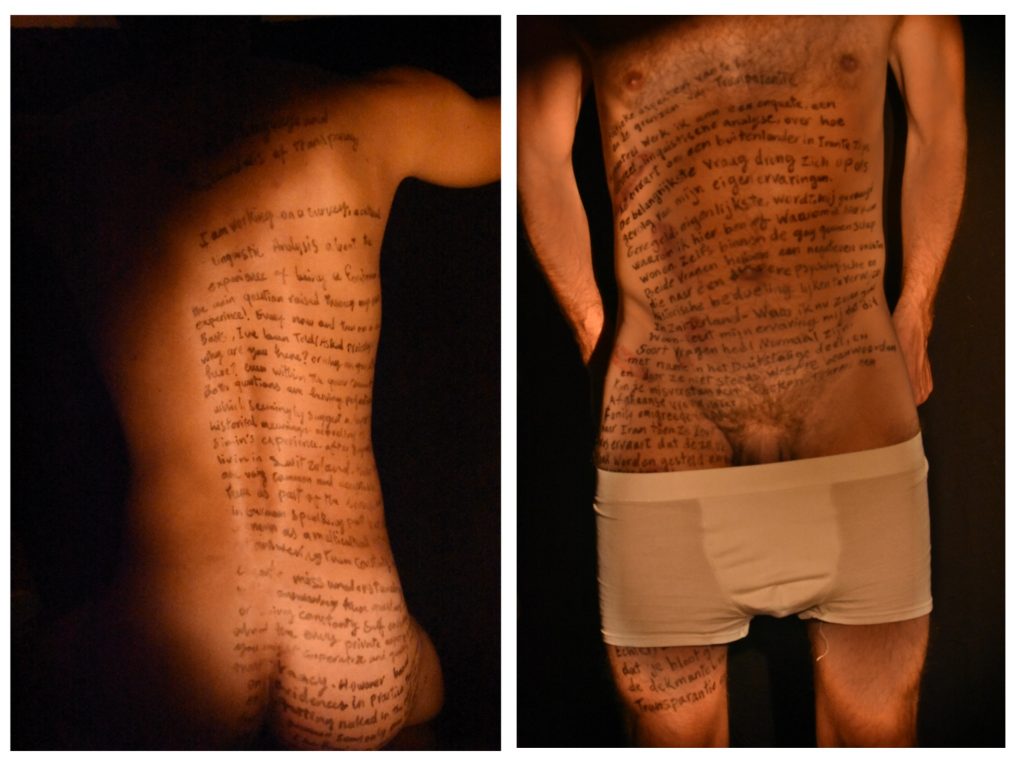 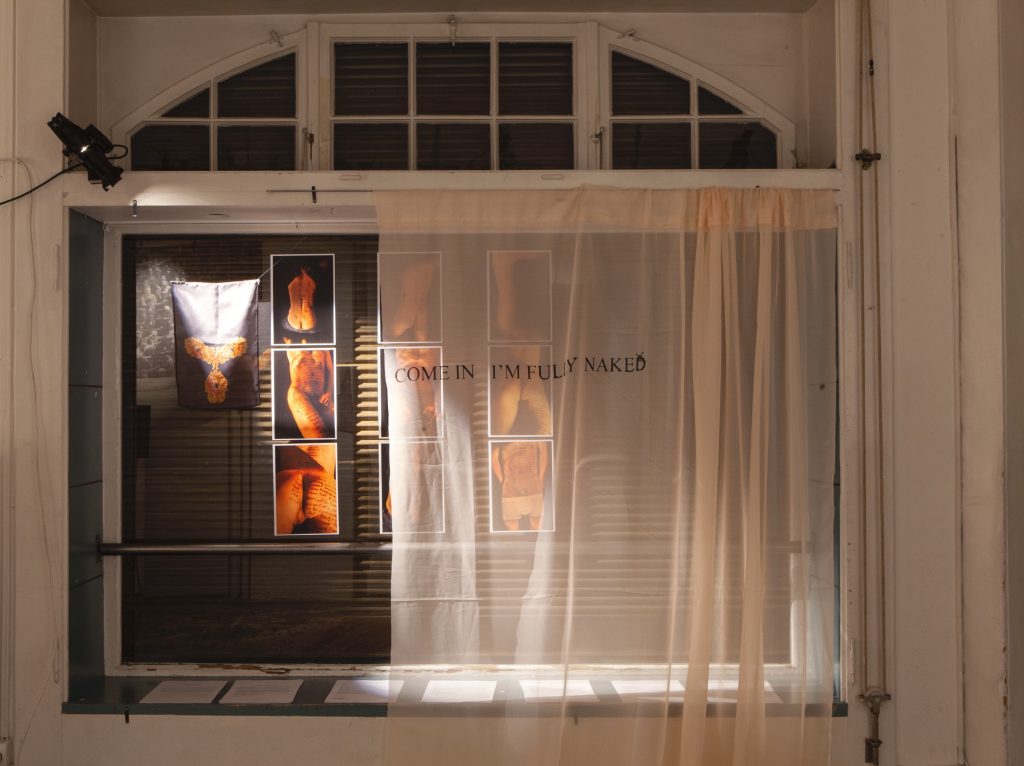 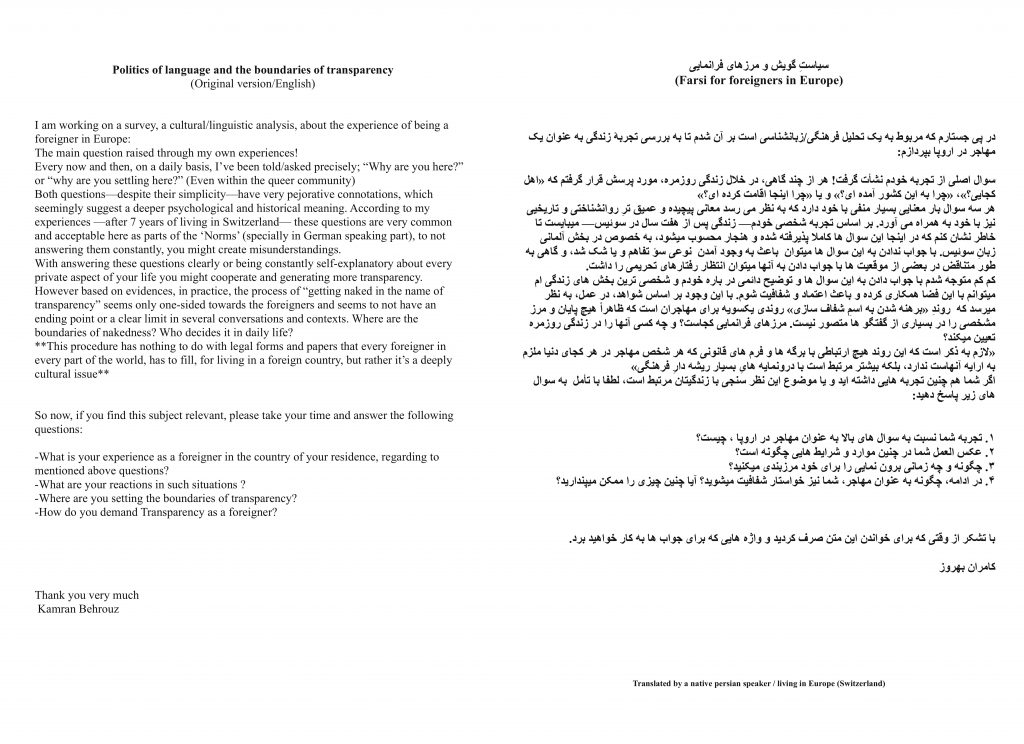 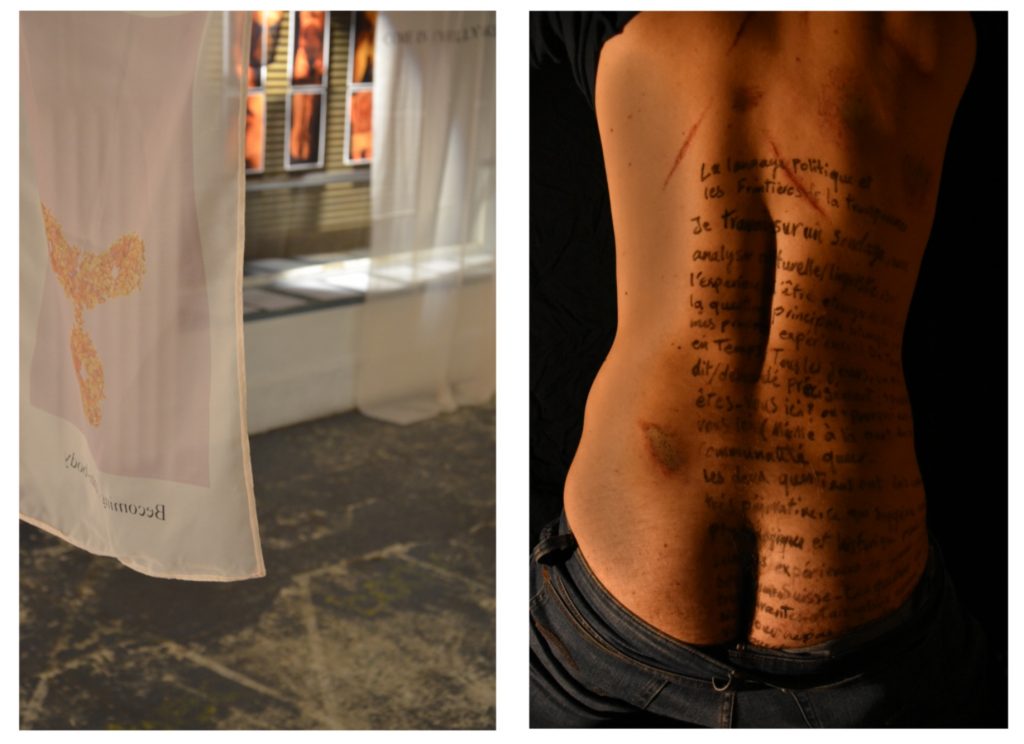 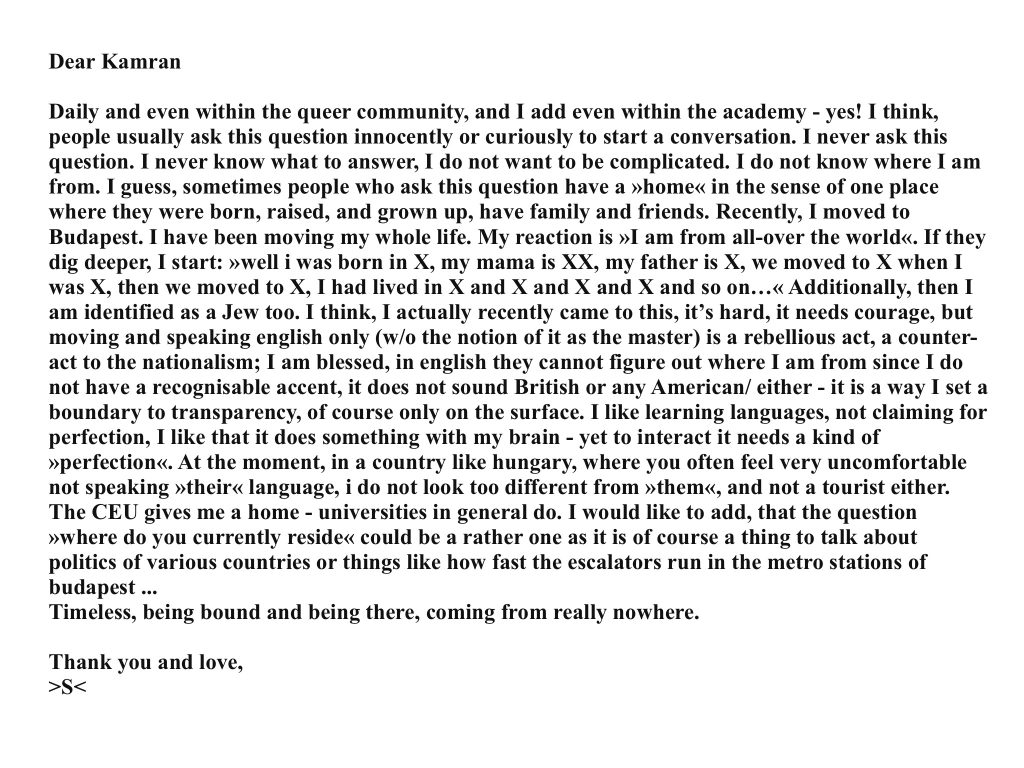 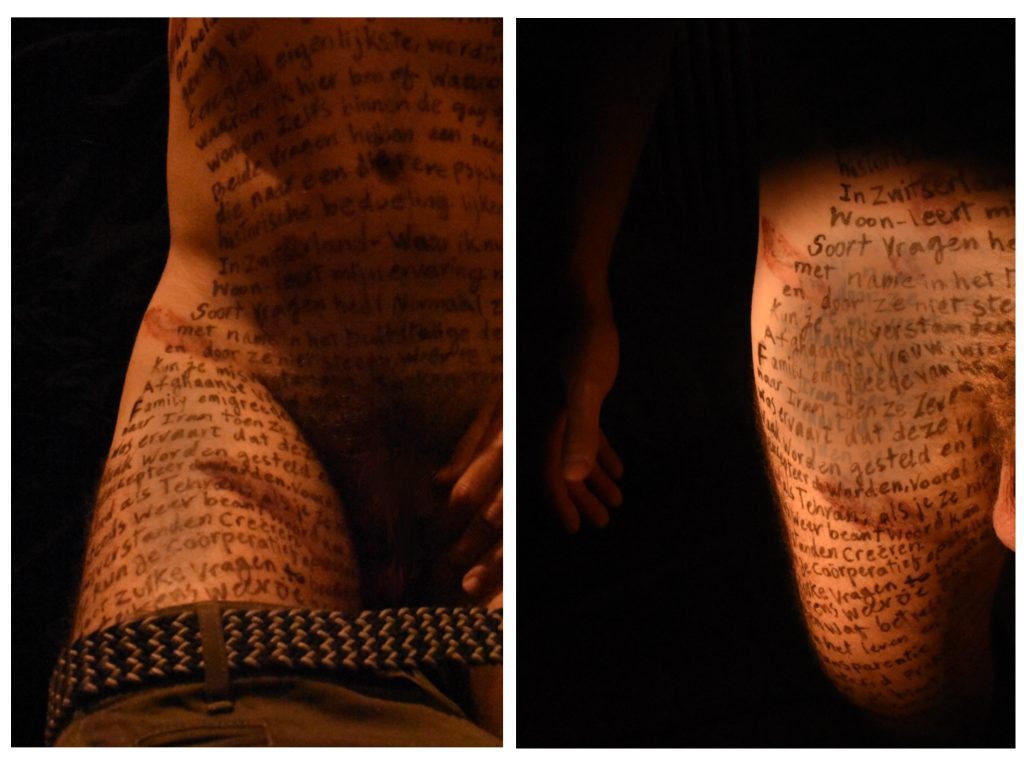 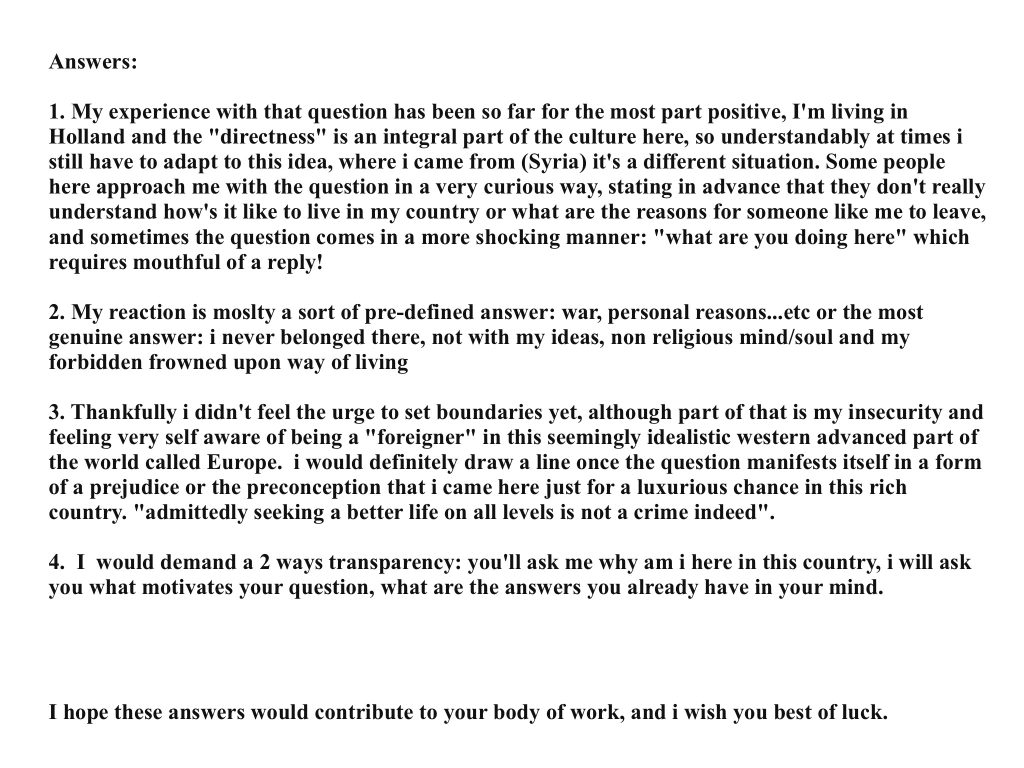 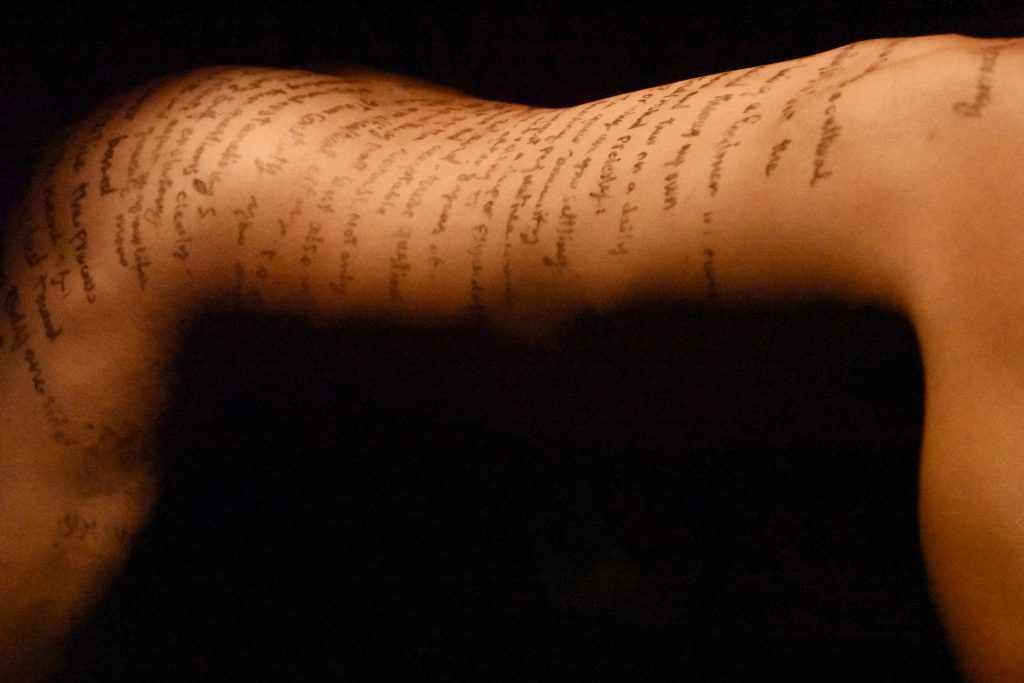 (Please send your answers to info@kamranbehrouz.com)

If you have any question please do not hesitate to ask