Ecology of expectorate & politics of affirmation (2018) 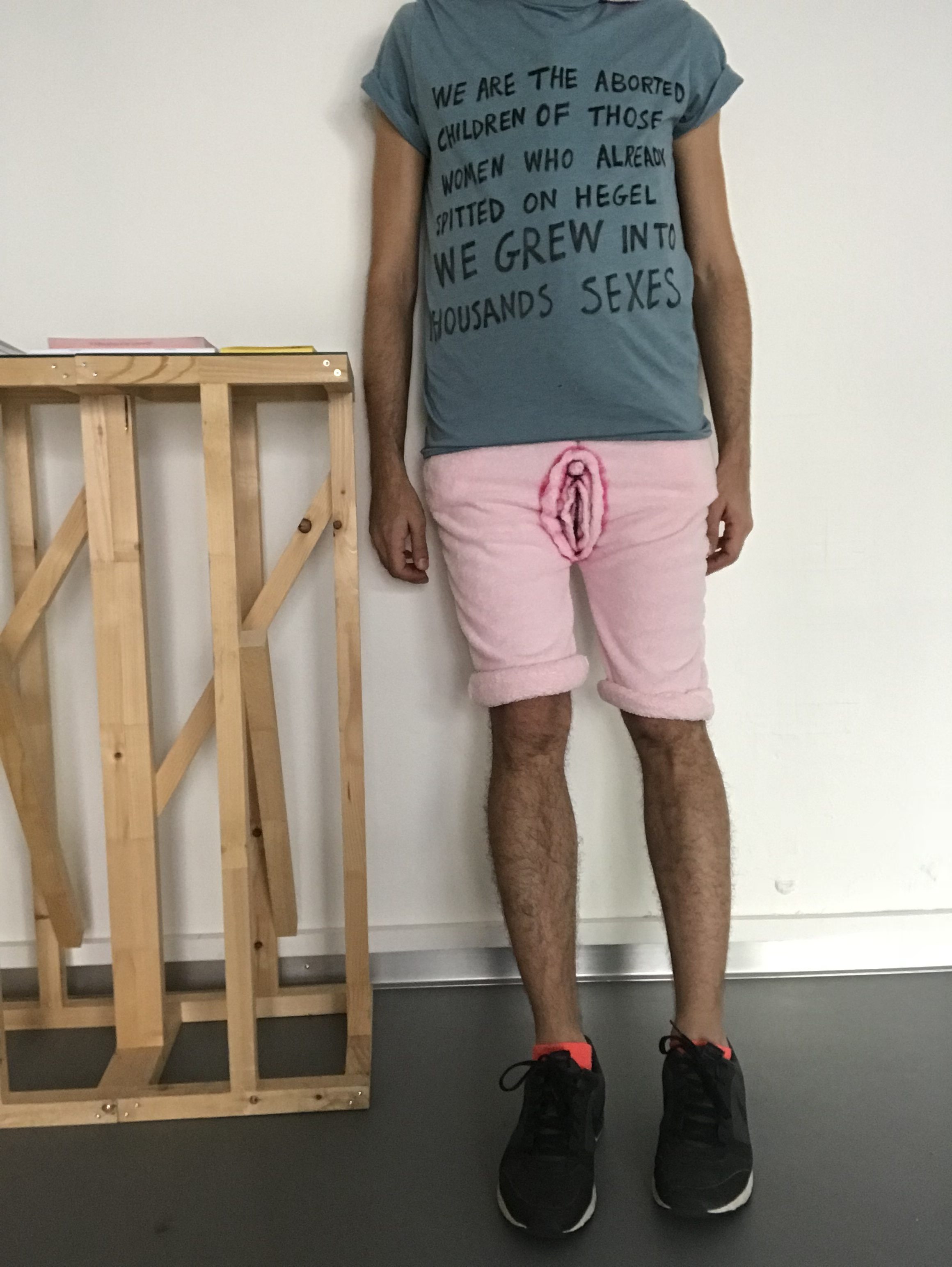 In “ecology of expectorate” I was literally spiting on plants, growing out of Hegel’s book ( The phenomenology of spirit), whilst the video of my digital body was projected on the wall and narrating a story; “We are the aborted children of those women who spitted on Hegel already, those who you couldn’t get, burn or catch. We grew into thousands sexes”. The installation itself within the vitrine was simply representing  a page from a gender glossary, including two signifiers/paintings. There were signs and footnotes pointing out that in Farsi sex and gender are written under one signifier, similar to the word Genus in Latin, but the paintings attempt to reflect on the complexity of these two words which haven’t really been registered within this language. This very fact forging the core of my Textual trafficking project. Over the last years linguistic barriers centered my research so to say by this work I was hoping to suggest a new chapter, to break the circle of gender and sexual babble in persian language and to giving birth to possible new words, beyond negation and based on multiplicities.

I was planting a seed in Hegel’s “Geist” and watering the book with my saliva. Saliva as an abject component which in some strange ways affirmatively let the plants survive! Could it be a form of affirmative criticism ?  We keep spitting and spiting on Hegel but we don’t spit in vain, every time I spit on Hegel I grow a plant. A rhizomic forest, a never ending jungle. We only communicate with intersectional and queer feminists, and the microphone in the center of the room represents a symbol; that we don’t need anyone to speak for us, we do speak for ourselves, we would rather share the mic as an anti-fascist practice of distributing nomadic power, an anti-hierarchical structure. Our words will shape the future, our words will shape a new culture, our words will create a new language, a new dictionary which this time is not built upon patriarchal negations but rather multiple forms of being, thousands sexes. 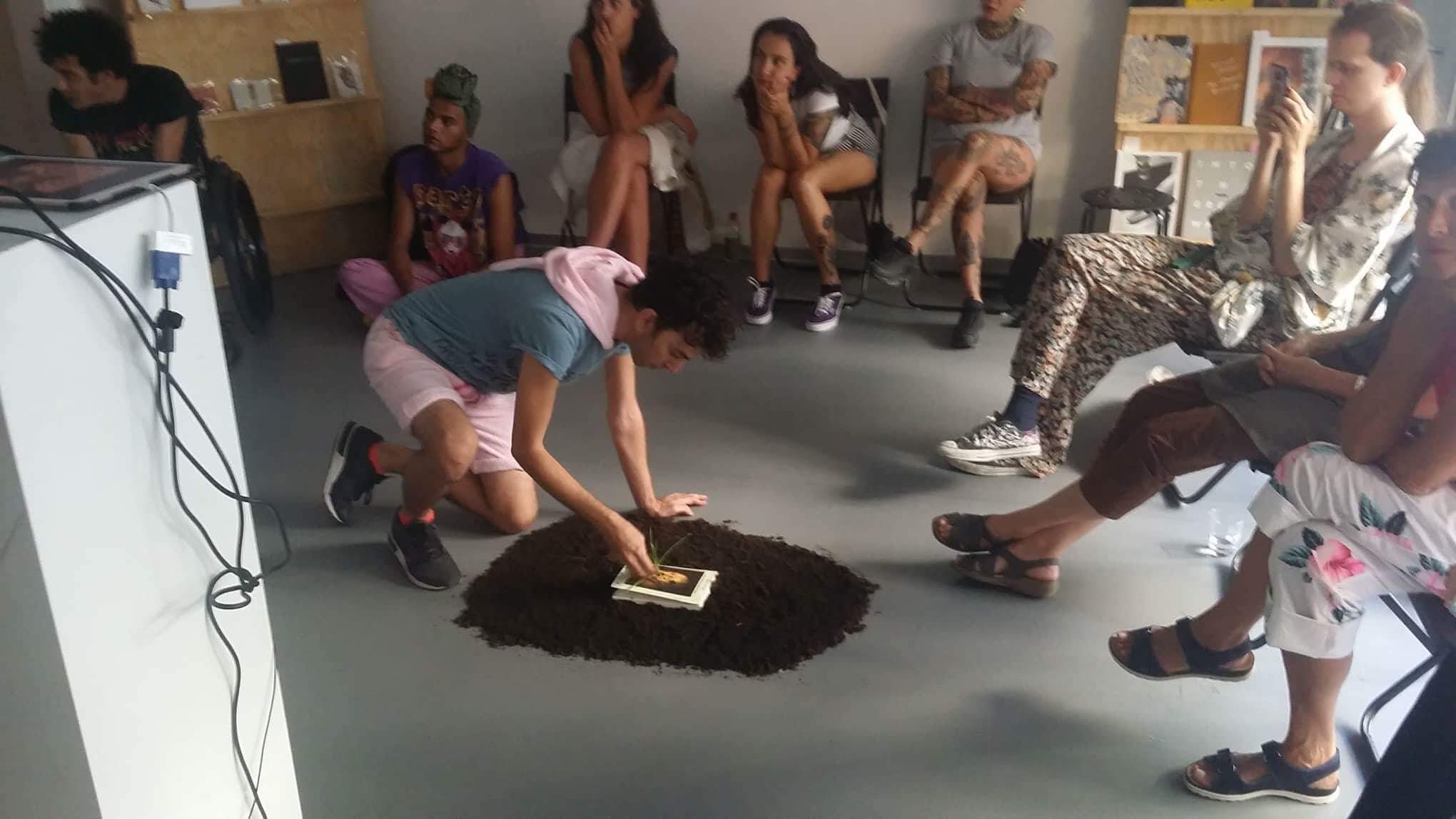 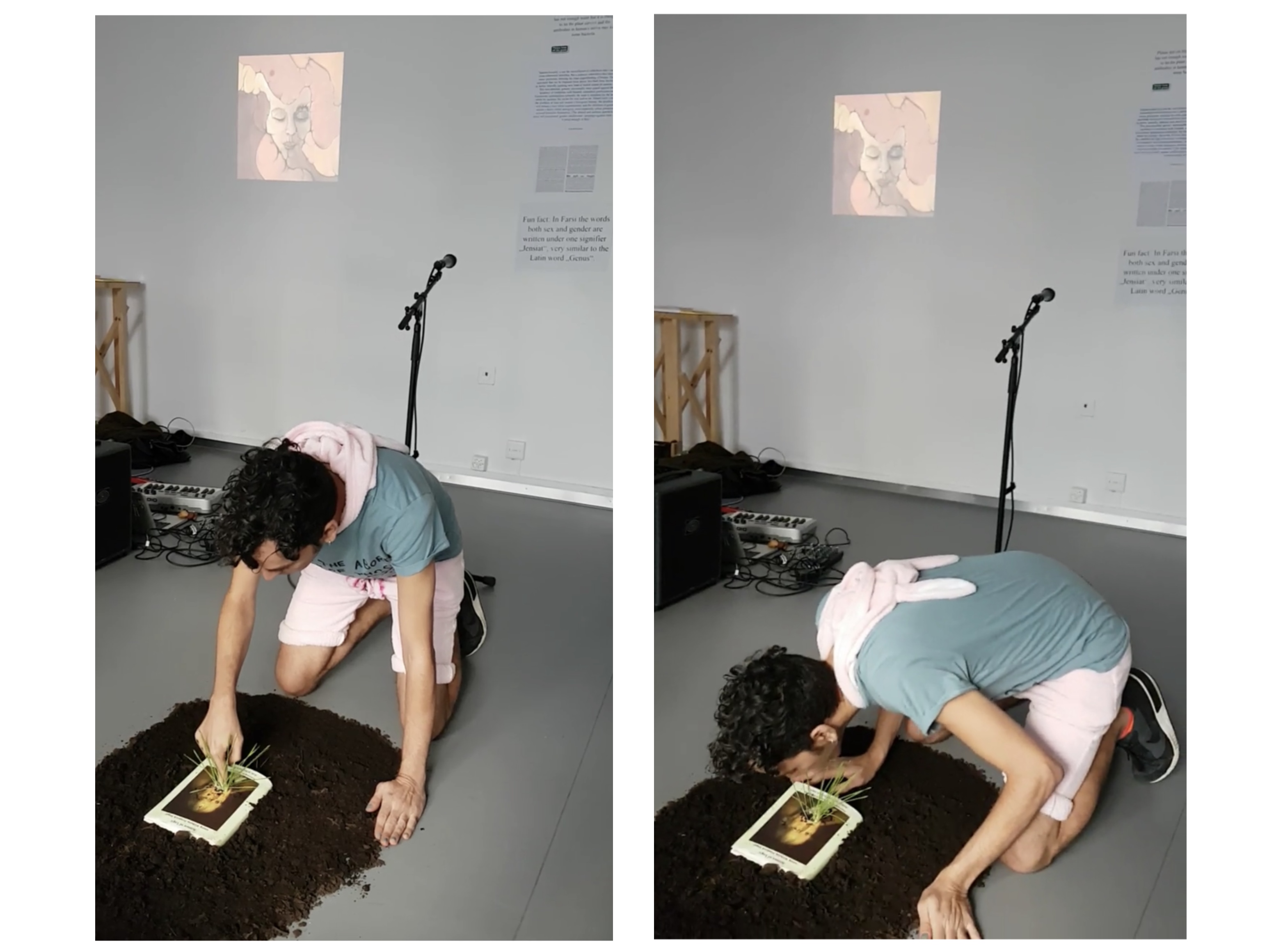 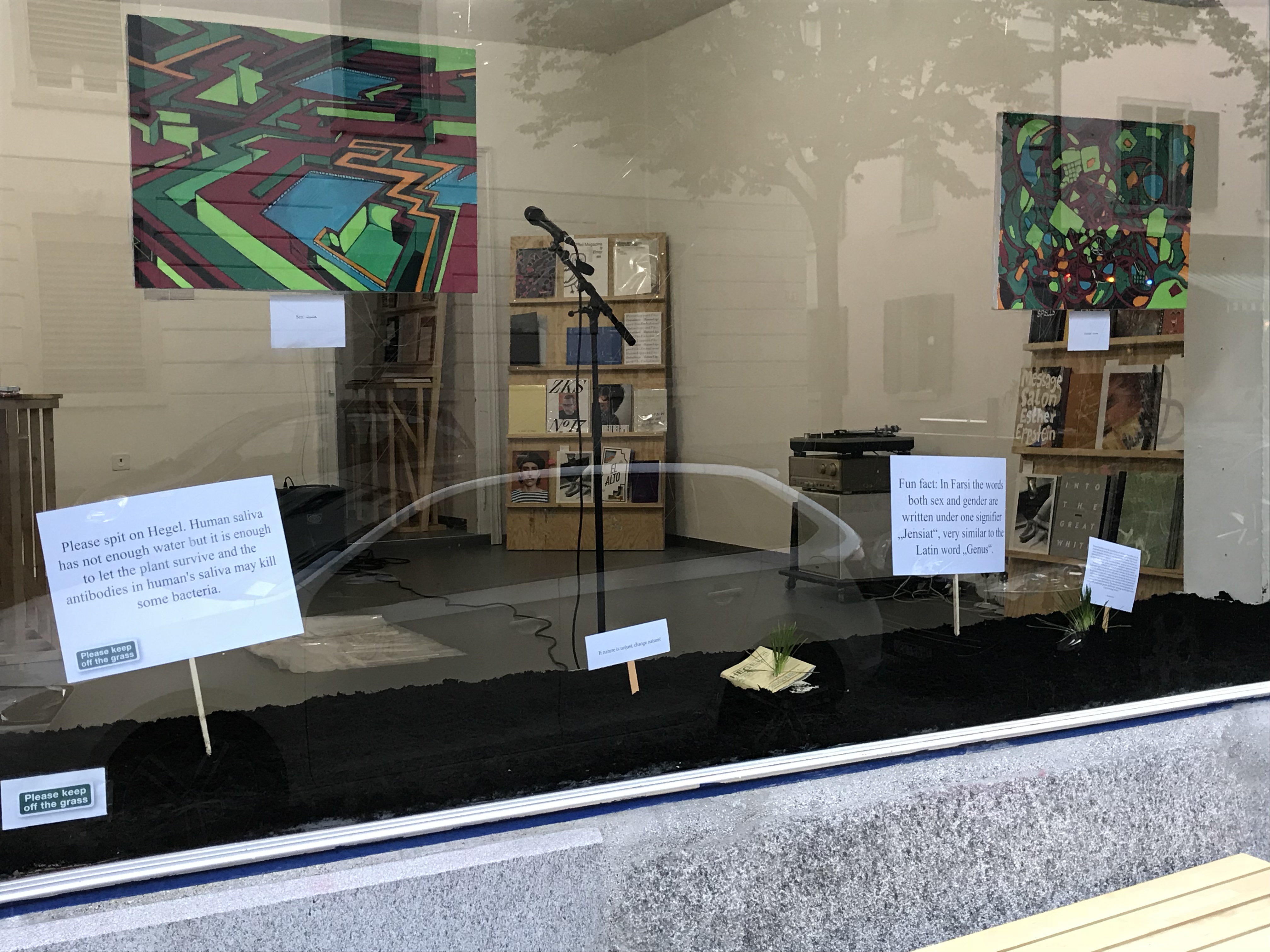 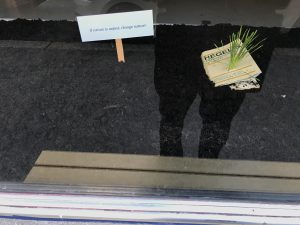 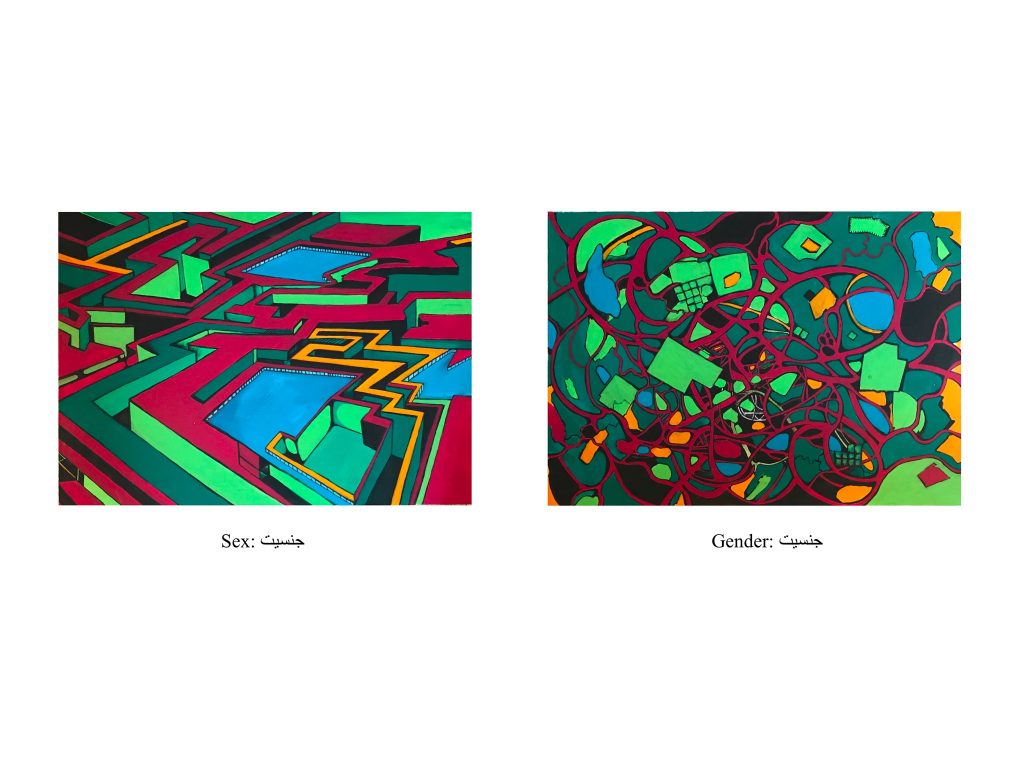 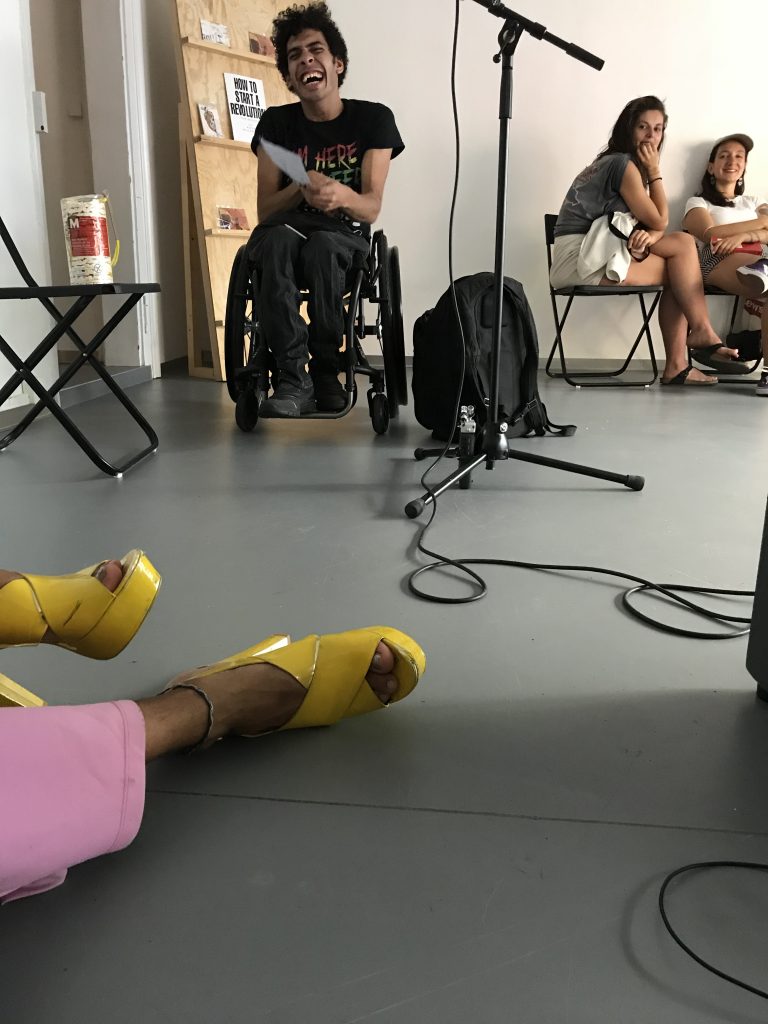 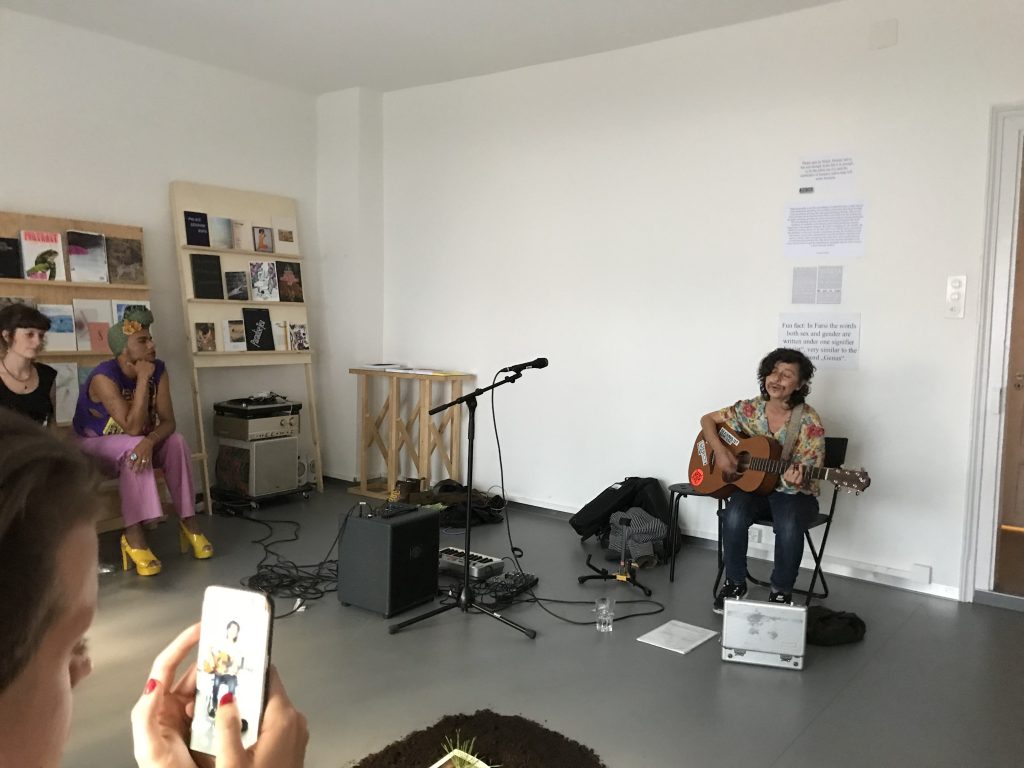 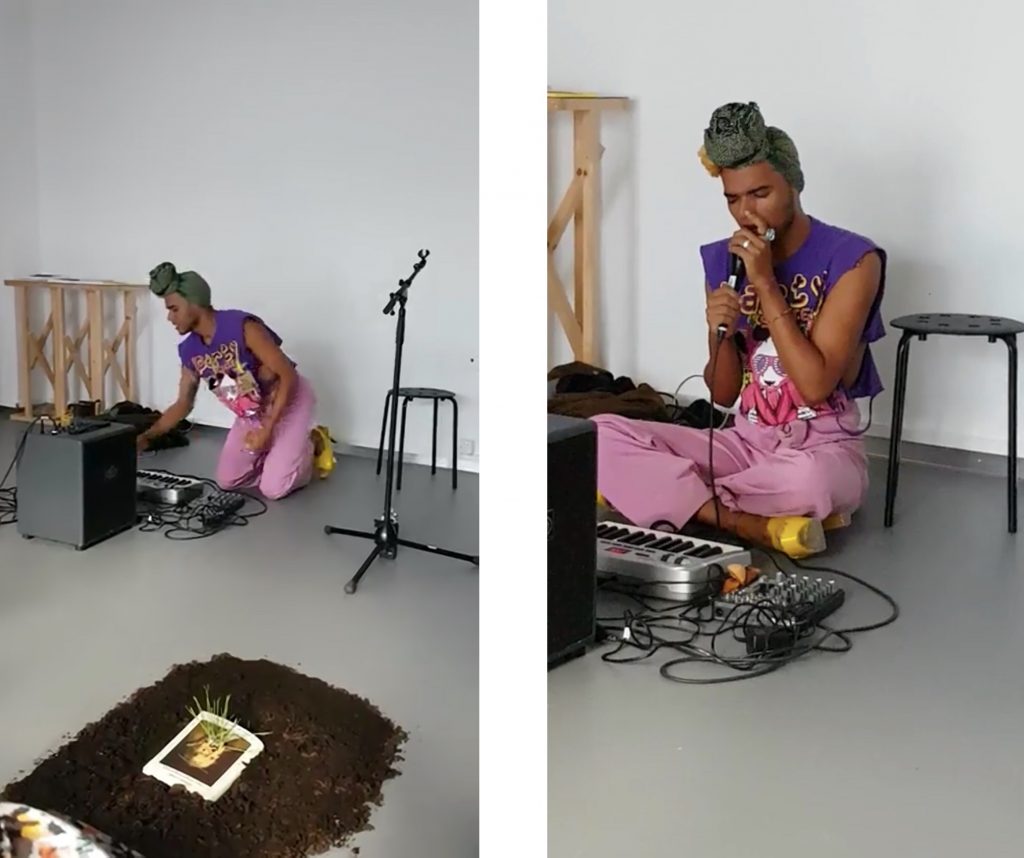 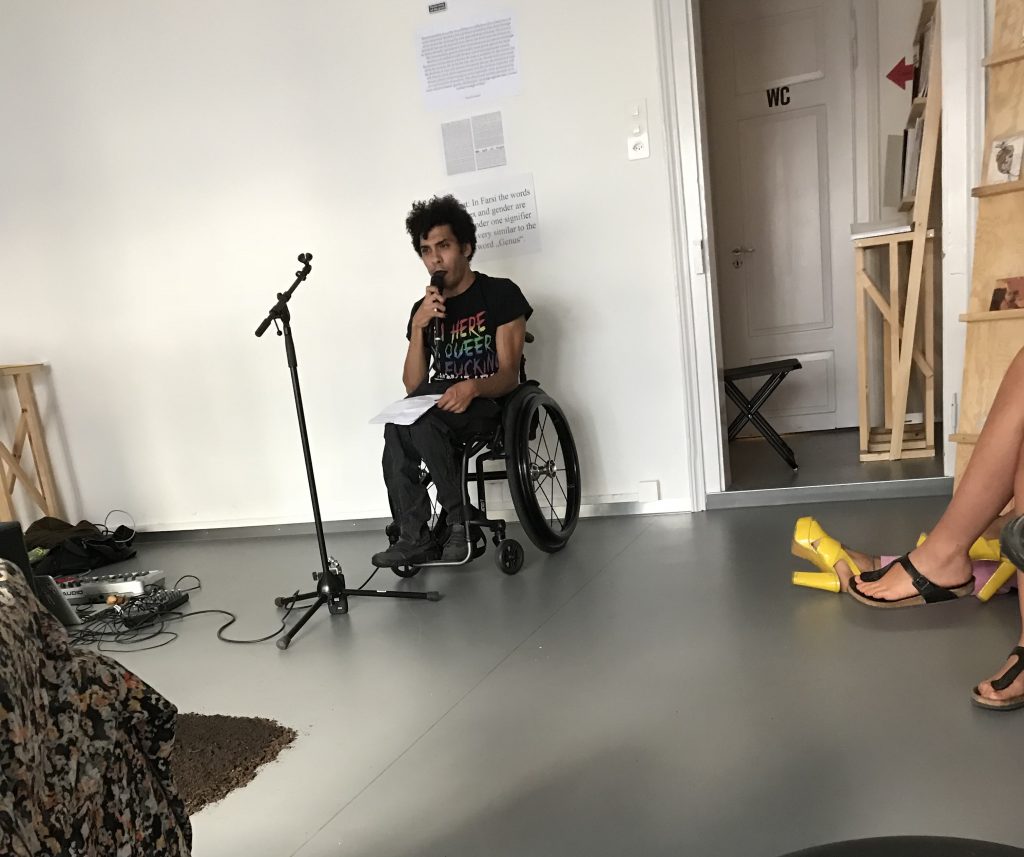