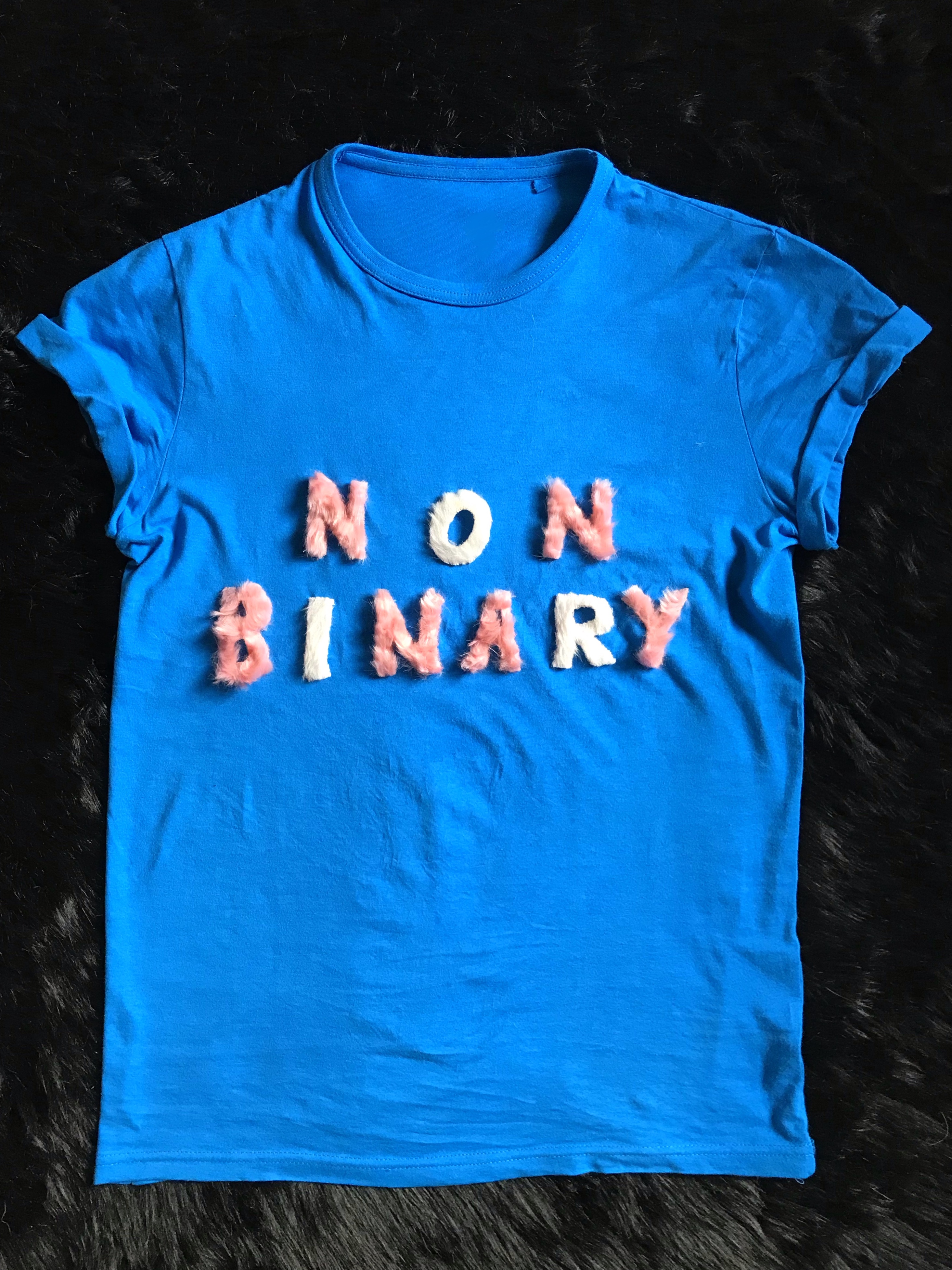 This T-shirt is a limited edition of 10. letters are cut out of synthetic furs and hand stitched on the cotton garment.

The notion of non-binary opposes the binary codes of gender. Non-binary people may identify as having two or more genders or having no gender or moving between genders.
Unlike Foucault’s claim about the invention of queer identity as a type in 19th century Europe, The notion of non-binary and trans identity were part of several cultures already such as Iran, India, Turkey, etc.. Gender binaries actually forced and introduced to these cultures through white colonialists. Let us object to be colonized again as non-white non-binary people. Notion of non-binary is not necessarily a trendy term but rather a way back to the roots, Let us not fit into the third white box of gender. The point of being non-binary is to not fit in to the binary box of gender, to oppose the third box/gender which includes both colonial genders. 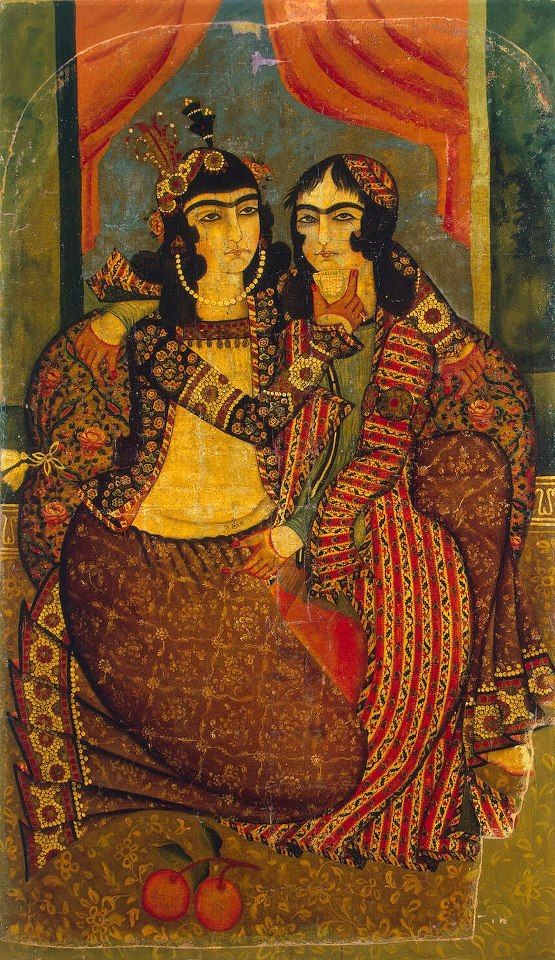