Inspired by the short essay “After Alice: Alice and the Dry Tail”  by Dorothea Olkowski: a Deleuzean analysis of the tale of Alice in wonderland by Lewis Carroll, the following graphic novel, finds a “campy” satirical structure, as a tool for institutional critique. This ongoing work attempts to reflect on the common sense and causality within the institution, namely here as an art university. Here in this story the rabbit hole symbolized as a gate to the University (a place for knowledge production), where Alice’s perception and logic being challenged, a place where enables Alice to write her dissertation, to question identity, references, boundaries of langue, causality and politics. However, what strikes her the most is the paradox of logic within the institution. In this story, Alice constantly address racism, hierarchy and the lack of diversity. Within this process Alice questions her own gender identity and the paradoxes of references imposed by the institution. In this re-written “tale”—drawing on Olkowski’s analysis— I consider artistic research as a molecular process of “becoming”. Not that Alice only questions the role of the institutions (and their entities) within the process of becoming, but also her own role in this transformative process which clearly effects the institution itself. By understanding the logic of institution and the limits of language, she re-construct her own identity and back to the surface, where she brings her art into the society, where the boundaries of art and activism somehow blurred. As Olkowski puts: “[at the end] Alice will be not just a woman with a simple and pure heart but a woman who understands: a thinker . . . a philosopher.” 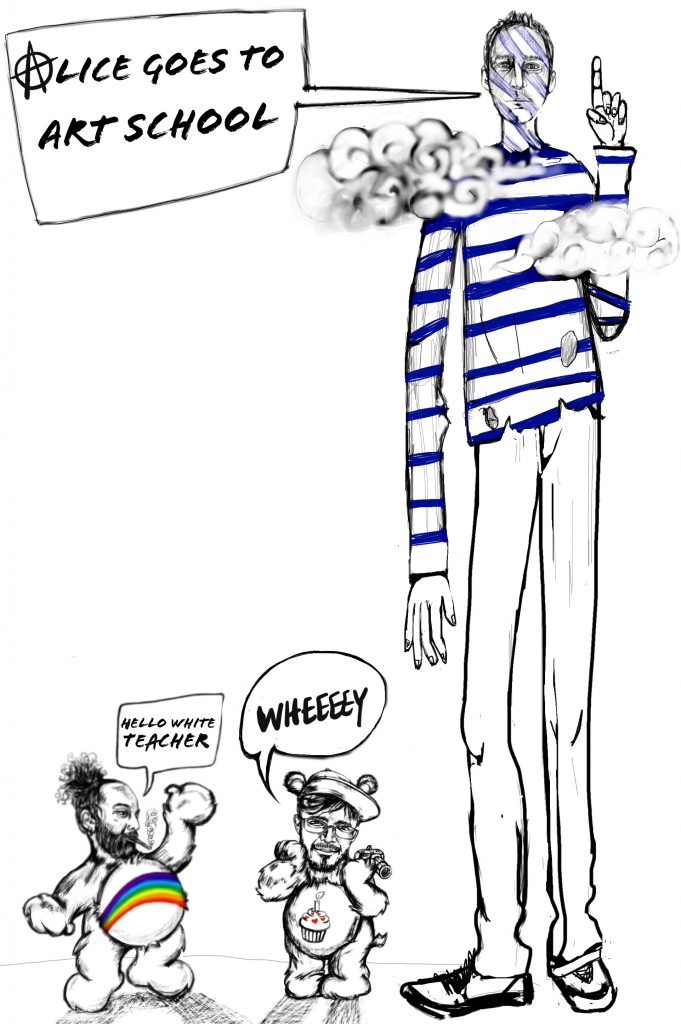 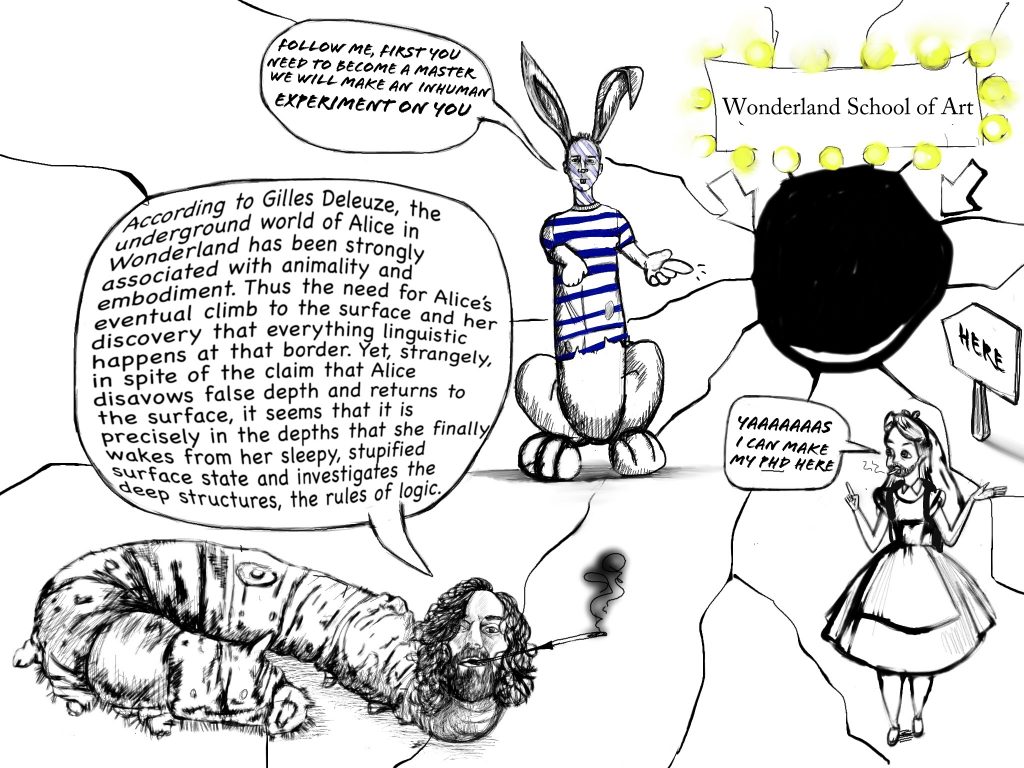 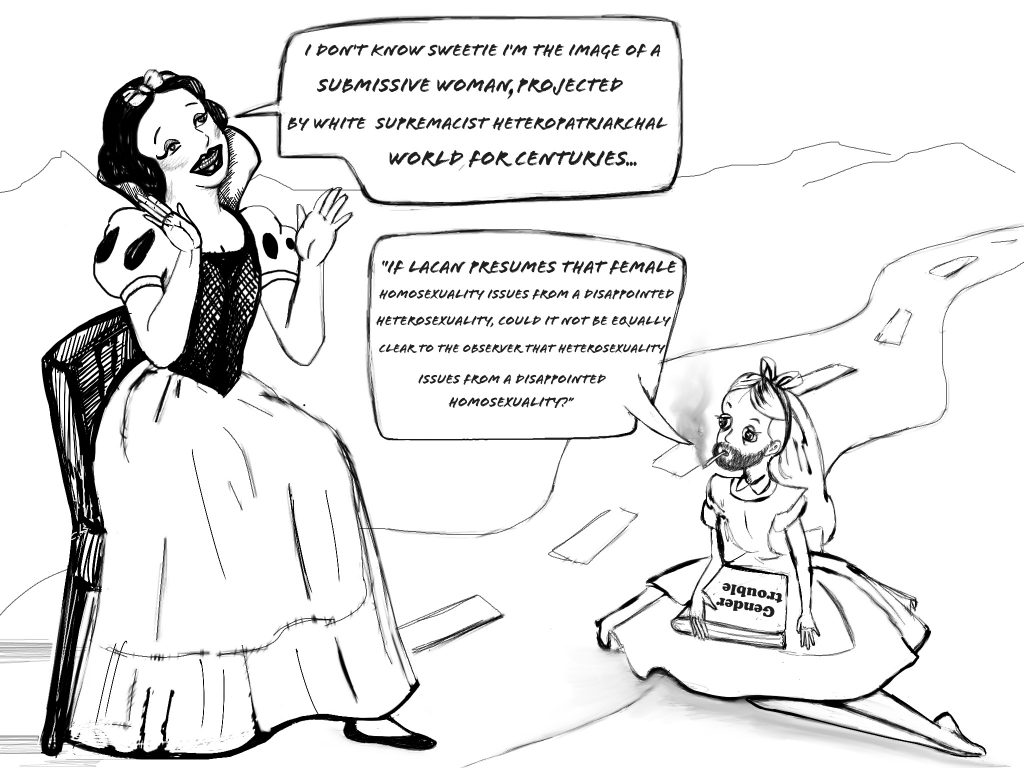 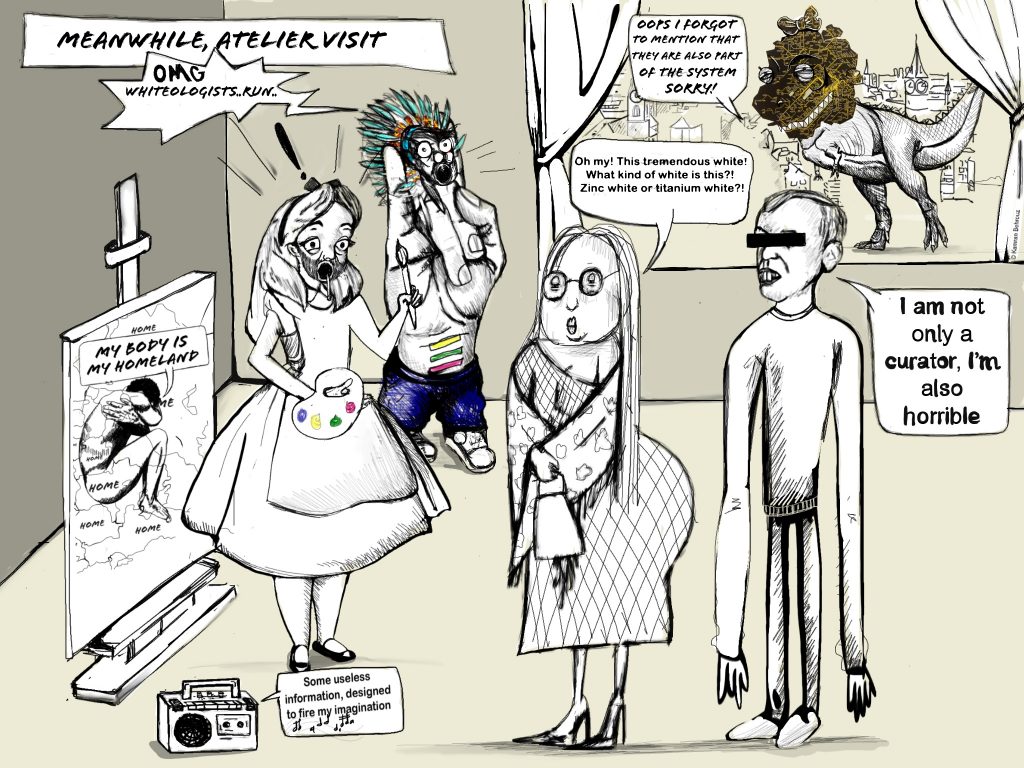 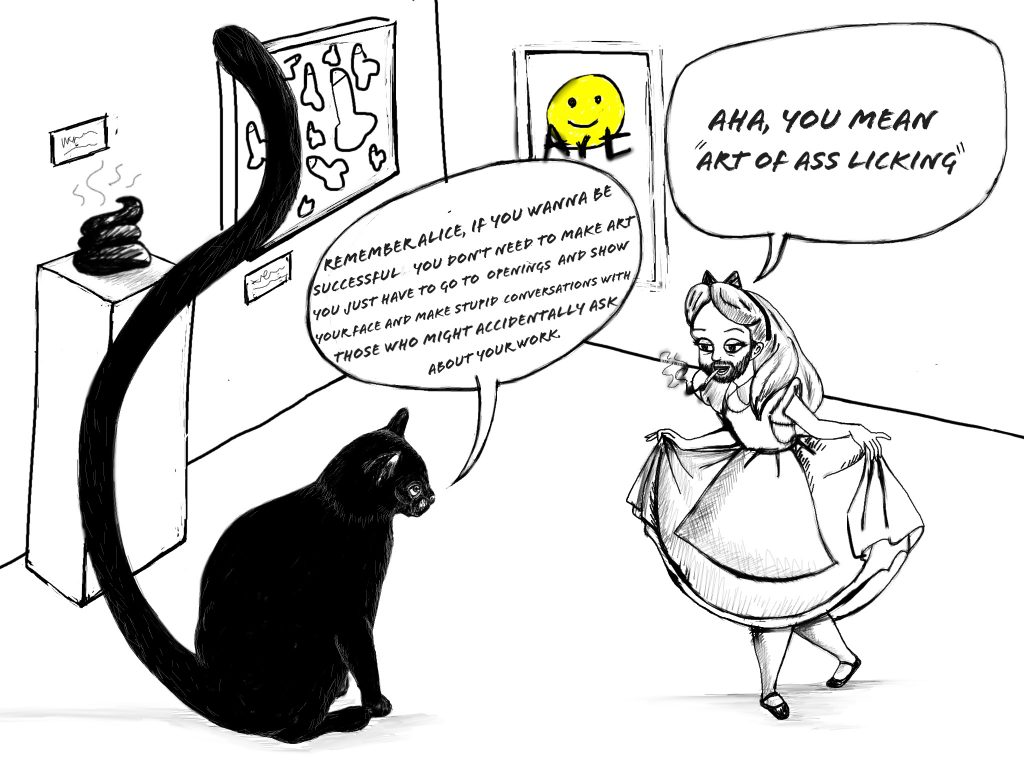 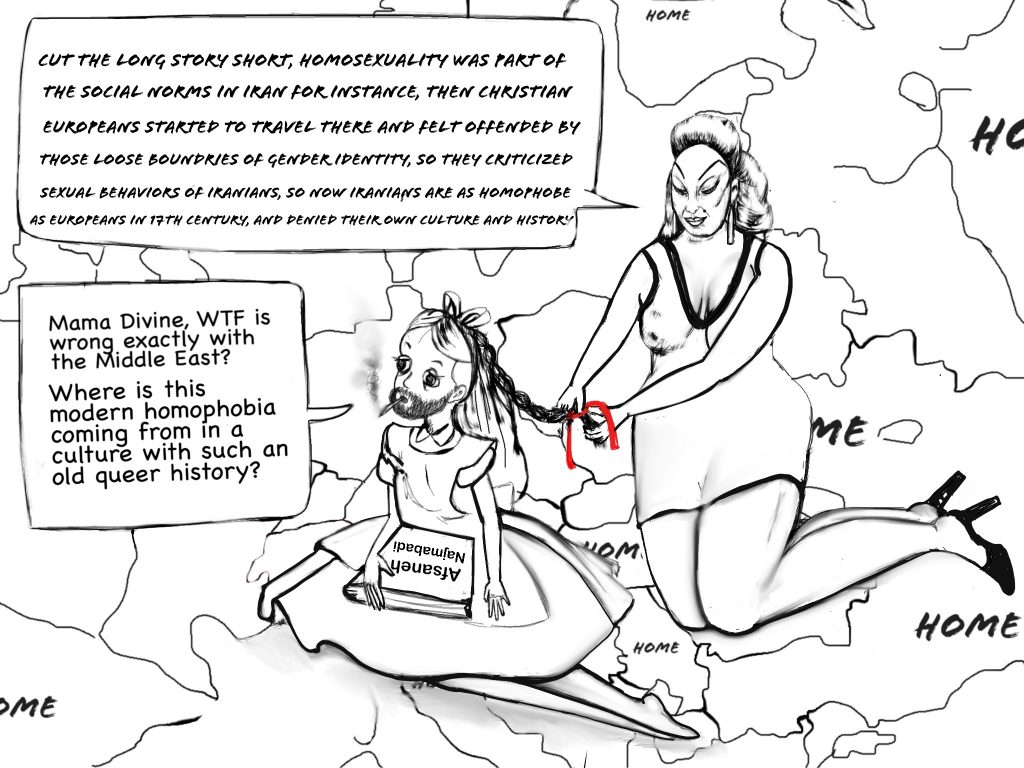 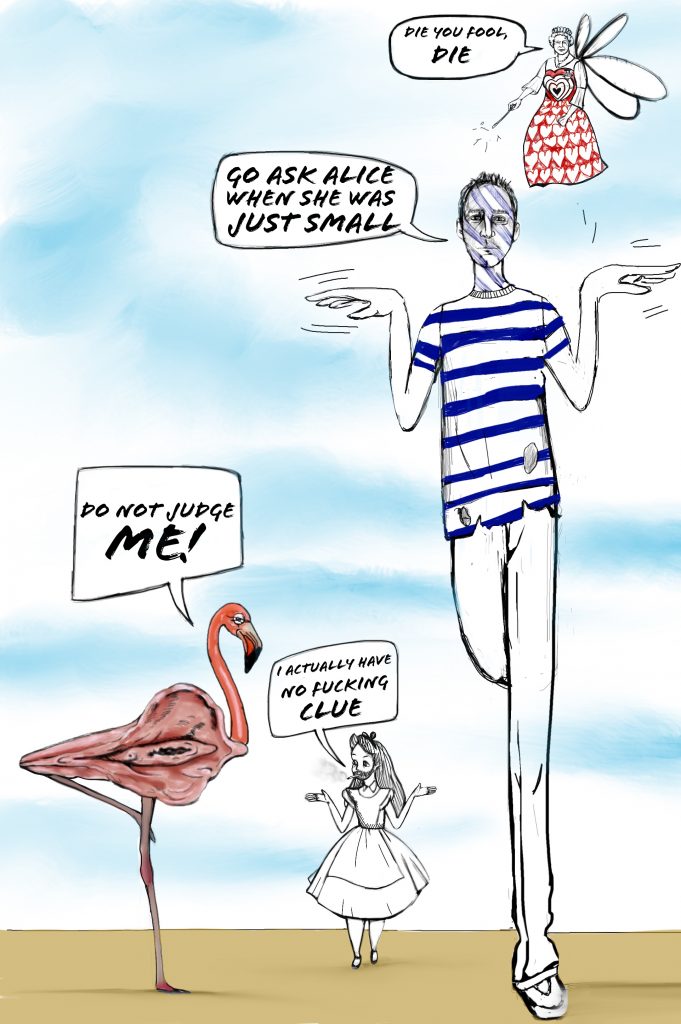 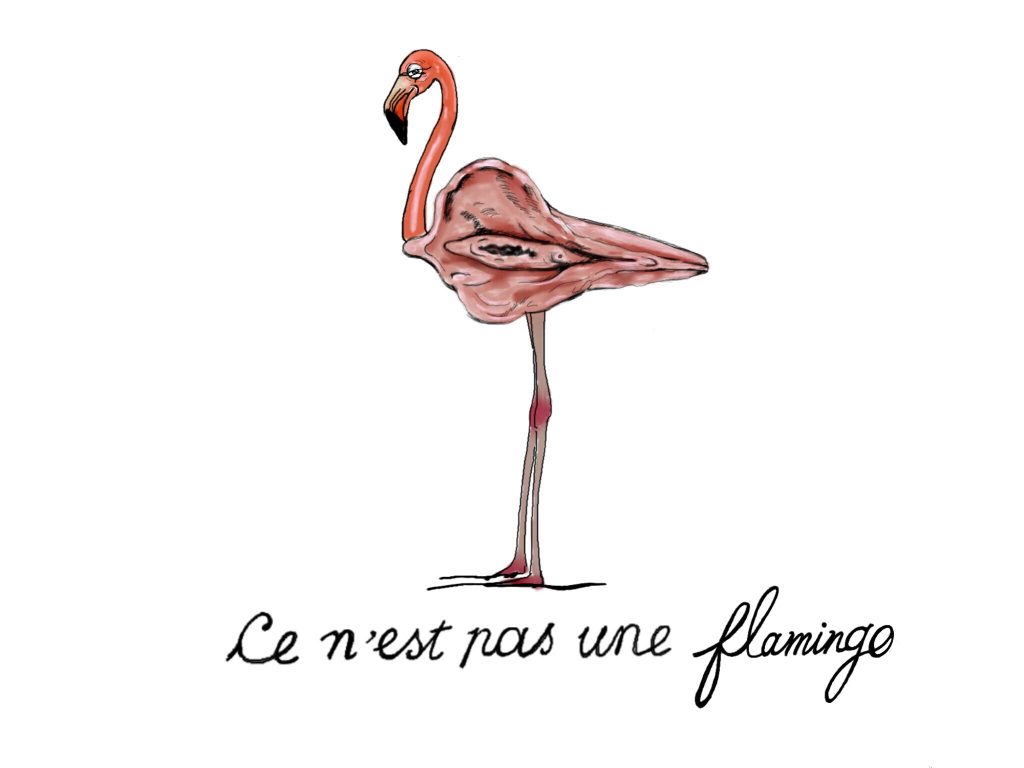 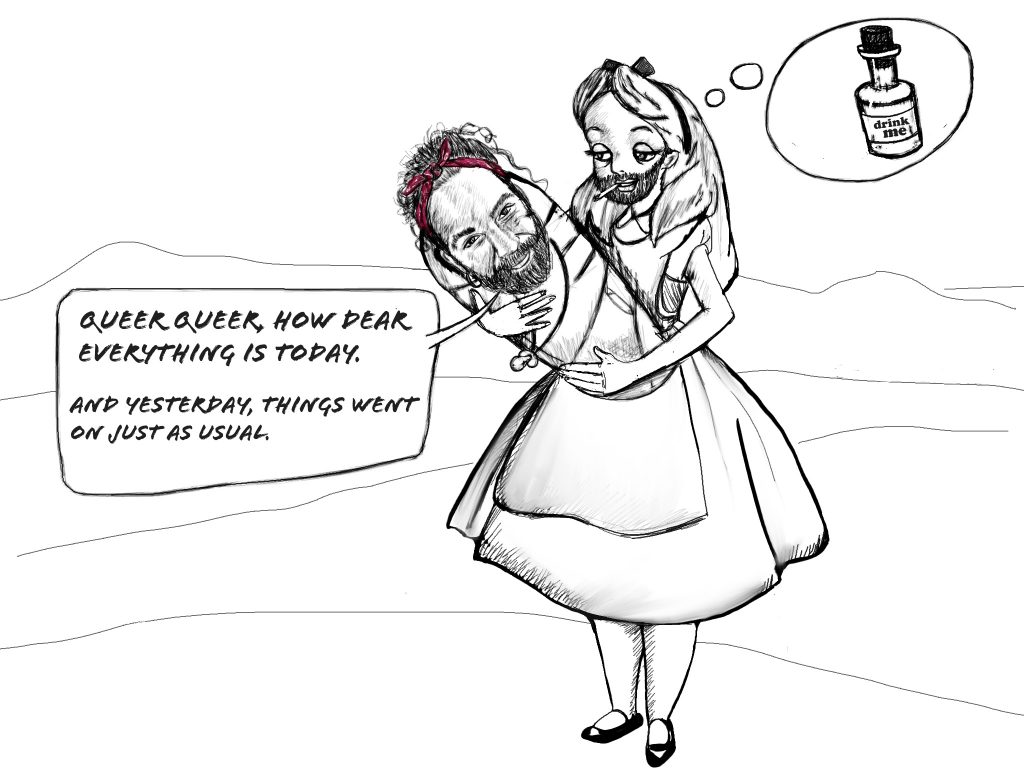 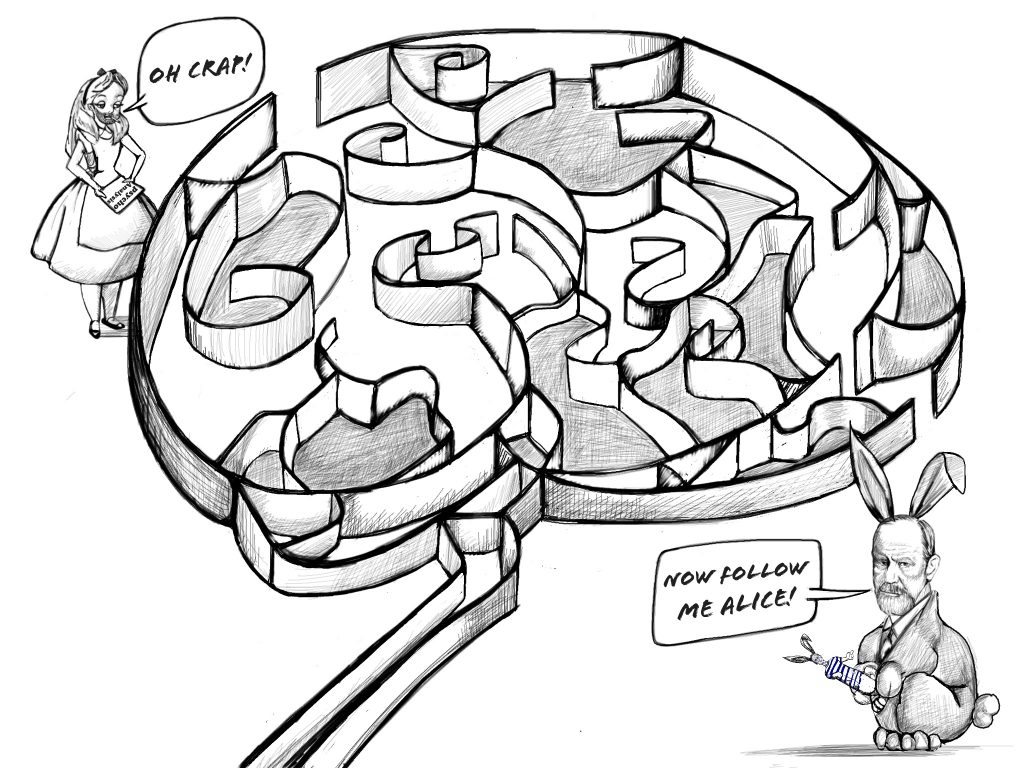 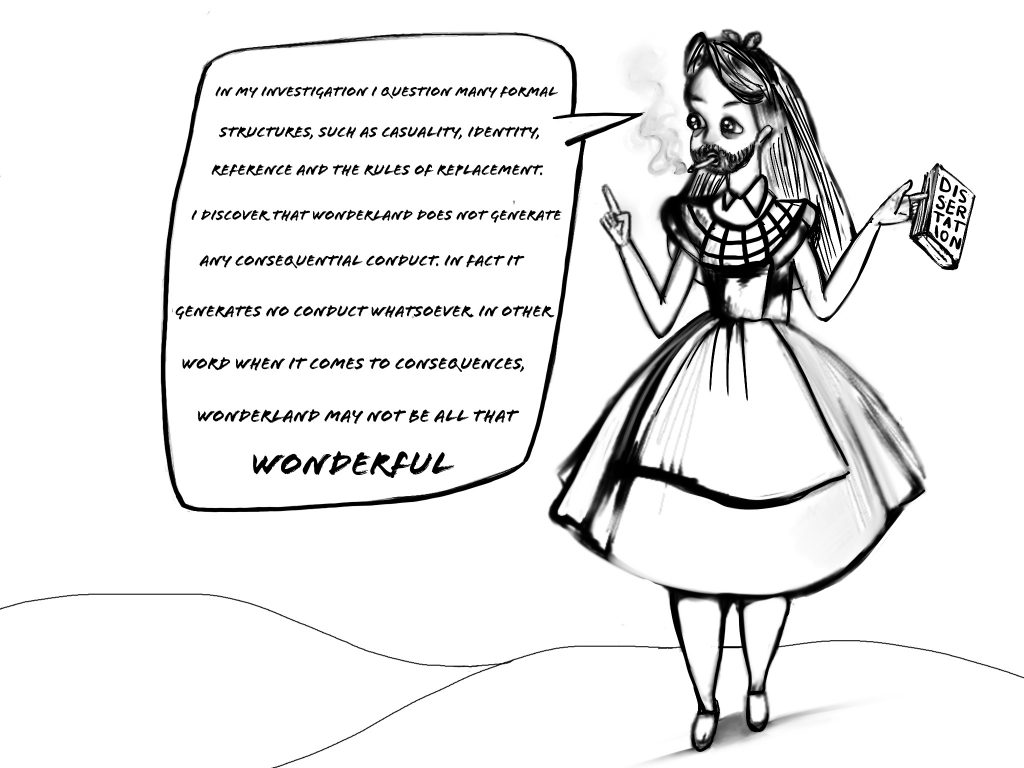 1. ” according to Gilles Deleuze the underground world of Alice in wonderland has been strongly associated with animality and embodiment, thus the need for Alice’s eventual climb to the surface and her discovery that everything linguistic happens at the border. Yet strangely, in spite the Deleuze’s claim that Alice disavows the false depth and return to the surface, it seems it is precisely in the depth that she finally wakes up from her sleepy, stupefied surface state and investigate the deep structure, the rules of logic”

2.  “Same sex practices were also linked with young male dancers. To European these dancers were cross-dresses as female. On occasions especially by travelers familiar with Jean Chardin’s late seventeenth-century account, same sex practices were linked to women’s seclusion. Both Tancoigne and Keppel express their deep disgust for young men dresses as female entertainers in men’s festivities.
Whereas Europeans men read beardless Iranian male faces as effeminate, Iranian men read beardless European as the ghilman( Amrad). Europeans were as anxious about how Iranians saw their mores as Iranians were about european’s opinions. This anxiety over European’s judgment of Iranian sexual mores and practices remained a preoccupation throughout the nineteenth century. Europeans reports on Iranians sexual mores in particular on male same sex practices, continued throughout the nineteenth century and even twentieth. Could this repetition have influenced Iranian men in contact with Europeans to dissimulate and disavow male-male sexual practices?!
The anger at Europeans reading of Iranian social and sexual mores began to reconfigure structure of desire by introducing a demarcation to distinguish Homosociality for Homosexuality. Iranians began to find themselves “explaining” to European visitors that at least some of the practices that the latter read as homosexuality, such as men holding hands, embracing, and kissing each other in public, were not so: the Europeans were misreading Homoscoiality for homosexuality. This marked Homosociality as devoid of sexuality, thus making homosexuality “homeless”, endangered because denied. At the same time, by insisting on that exclusion, it provided homosexuality a homosocial home for masquerade.”
—Afsaneh Najmabadi, Women with Mustache and Men without Beard, Gender and sexual anxieties of Iranian modernity, University of California Press, California, 2005, pp.34

3. “If Lacan presumes that female homosexuality issues from a disappointed heterosexuality, as observation is said to show, could it not be equally clear to the observer that heterosexuality issues from a disappointed homosexuality? Is it the mask of the female homosexual that is “observed,” and if so, what clearly readable expression gives evidence of that “disappointment” and that “orientation” as well as the displacement of desire by the (idealized) demand for love? Lacan is perhaps suggesting that what is clear to observation is the desexualized status of the lesbian, the incorporation of a refusal that appears as the absence of desire. But we can understand this conclusion to be the necessary result of a heterosexualized and masculine observational point of view that takes lesbian sexuality to be a refusal of sexuality per se only because sexuality is presumed to be heterosexual, and the observer, here constructed as the heterosexual male, is clearly being refused.”

4. “Alice took up the fan and gloves, and, as the hall was very hot, she kept fanning herself all the time she went on talking: “Dear, dear! How queer everything is to-day! And yesterday things went on just as usual. I wonder if I’ve been changed in the night? Let me think: was I the same when I got up this morning? I almost think I can remember feeling a little different. But if I’m not the same, the next question is. Who in the world am I? Ah, that’s the great puzzle!”

5. “In this investigation Alice questions many formal structures, such as causality, identity, reference And the rules of replacement. She discovers that wonderland does not generate any consequential conduct. In fact it generates no conduct whatsoever. in other word when it comes to consequences, wonderland may not be all that wonderful.”